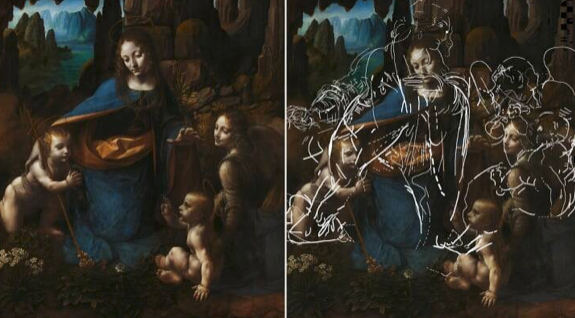 The Razor's Edge
by Brendan Howley

The essence of collaboration - part 2

Once upon a time in America, back when FDR was president, there was chubby teenage boy with a vivid imagination and the psychological wherewithal to make interesting stuff up.

But he was disturbed by the voices he kept hearing wherever he went. He told his mom that he kept hearing voices; alarmed, fearing auditory hallucinations or worse, she took her son to their doctor. The doctor asked the chubby boy what the voices sounded like.

The lad began to demonstrate the voices…one after the other, six, ten, twelve, fifteen entirely different voices. The doctor stopped him and said to his mother: “Your son has a talent for voices. He’s making the voices.” Relieved, the boy went on to become one of the most magical creatives ever, Mel Blanc, the man who brought Bugs Bunny and dozens of other unforgettable cartoon characters to life, from Tweety Bird to Yosemite Sam.

The point is this: the sole means of discovering truth in this life lies in finding the human voice.

To continue with the story of HUME.works, the story tool which reveals hidden articulations—the voice of the story—in stories; those articulations reveal deep cultural truths which activate audiences who share those values.

Here’s the thing. We’ve been taught to believe that great organizations are founded upon a rational approach to producing and delivering a product or service that people need. With smart financial analysis, wise leadership, distribution networks, disciplined marketing and successful fulfilment, human ventures succeed, more or less, a goodly percentage of the time. Capitalism, amazingly enough, works.

And even in these days of questioning hyper-capitalism’s penchant for beggaring the hindmost and accruing vast wealth in the hands of a very very few, this remains true. Nonetheless, this notion addresses only the rational side of the success equation.

Whether it's creating a demand or cultivating allegiance, emotional attachment between people is absolutely essential. Emotions bind people to a leader, an idea, a product, a service.

The power of a brand is precisely the emotional attachment people have to the ideal—the expectation— that brand offers.

The power of a human organization is the emotional commitment that organization commands in each of its employees.

With the explosion of digital media networks—whose currency is all about story and connection, for good or not— we’ve learned emotions are a critical factor in organizational success.

The question: how can an organization—especially an information-based organization—cultivate emotional commitment?

To a new leader, a new process, new product, new standards of behaviour? Business plans, clear responsibilities, the promise of benefits—all these are important. But what really moves people to understand, believe and act?

Stories move us because we see ourselves—and even more critically…we see others.

Stories are the root cause and key influence on every human relationship: from parenting to business partners, from colleagues to clients to new networks to love itself: the people we’re in the process of meeting, that moment when we begin to decide: “I want to hear more from this person. I’m listening now. Tell me more.”

We connect with the personalities, the circumstances, the values—the values most of all. We see what is possible, together.

Why? Because the stories we share define our relationships. Stories are the powerful change agents. So what does that change actually look like —how do we get there from here?

This is all about getting people interested in being part of a new idea, a new approach. And making this approach easy, and rewarding, to be a part of, to grow with, to own. We say we all know what the key ingredients are. Charismatic leadership, building ambassadors, creating teams, providing the right incentives.

But there’s something more foundational: bringing to life the core idea in ways that are relatable and easy.

Creating stories that convince and compel, through a participatory process that in and of itself builds alignment and morale.

First—the stories come from your people. They are not engineered by external experts or consultants or a focus group question-set. They come from your insiders, your culture, the hidden truths of your people, in their voices, unmediated.

So they are real. And in co-creating them your people build alignment. Your people have the power of authorship and have shared both the vulnerability and courage to tell their stories: a most powerful ingredient for change.

Authenticity plus collaboration is the equation for aligned change.

Second – the stories are constructed on the foundation of the hidden values that are the building blocks of successful stories that, as they are shared throughout an organization or across its customer/prospect base, move over time.

Why does this movement matter?

Because stories are not static, they live and change. These hidden values, much like the information contained in DNA, generate fresh stories, reliably and consistently over time. The process never ends.

And third – we deploy real time testing. We can assess the potency of the freshly designed stories to align and the efficacy of stories in inciting directional change.

It’s hardly grandiose: we start small, identify the cultural triggers that fuel the story-sharing process and let the people lead the process: we meet them and their stories where they are. The process is valuable twice over: the participatory storytelling process is the foundation for both internal (culture- and morale-building) storytelling and external (brand) storytelling.

Here’s the story of an early deployment of this story design and implementation process.

In the spring of 2009, in the depths of the Great Recession, a chef friend approached us with an ask: ‘I need to raise $400,000 to access a federal agriculture grant, so I can have a dairy of my own—to make my cheese in a clean, well-engineered place.’

We spent time talking and listening to current consumers of the cheese; and to non-consumers, but cheese lovers. We learned that food and politics were intimately connected, in large part through the value of how food is made. More than just sustainability, being connected personally to the sources and processes mattered to people.

We created a simple version of what Obama’s 2008 online campaign had already proved worked: a mix of great, targeted storytelling and use of what was then a far simpler social network on Facebook and twitter. We designed a campaign where cheese was the political candidate. People were asked to advocate for cheese production that was about creating outstanding cheese and changing the conversation about the politics of food production.

Through targeted storytelling through what was then a far simpler social network on Facebook and Twitter, predicated on many, many small donors, changing the conversation about the politics of food in Ontario.

We used story as an intelligence tool to identify deep cultural values that incited shared action.

In seven months, largely from a core population of some 1800 women the campaign raised $420,000. Sidebar: our core audience’s personal politics didn’t matter: this was about being part of the story of another woman’s success.

We created stories that were targeted at specific columnists and freelancers. We designed the story 'placements' around specific themes/terms which our crude Twitter and Facebook research (this was before the heyday of sophisticated social media analytics).

We proved that highly targeted stories, drawn from a deep understanding of the cultural triggers underpinning political beliefs, could actually incite people to do something—and not just alone: this advocacy, once activated, scaled across networks and grew not just awareness but action. Folks donated not because they loved the cheese: that they did—but they saw success in a broader way—in the future of organic micro-producers across the province.

Story—carefully designed and aligned to activate the aspirations of a well-understood audience—was at once an intelligence tool and the means of moving an audience to action that not only raised money but shared the satisfaction of having helped bring something new into the world—a very pleasurable something: great cheese!—across thousands of lives.

We developed a carefully designed sequence of stories to bring the core idea—funding a new business as a political act—to life. Even today, a decade later, it’s great to recall the happy ending, all thanks to the stories that grew an active, motivated audience: the success in sparking awareness and the donation amounts themselves exceeded all expectations.

Why? We found the story’s hidden voice. Simple.